Frank Miller speaks about The Spirit and new projects 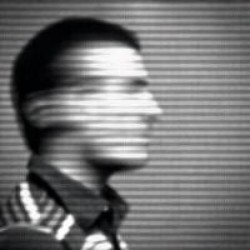 Today, we've seen an original trailer of The Spirit, a footage of the movie and had the chance to speak with Frank Miller, who was in Rome to introduce The Spirit. What can I say about the stuff I've seen? Not so bad as I've read, but frankly I'm not sure that this mix of comics, noir and fun stuff will work. Anyway, that was my experience:

First, we saw a new trailer, at least one I haven't seen online. There are many new scenes in this one and I believe it's better that the latest one (not too much, but it's still an improvement). We start with the Spirit voiceover, then we see a woman that helps Spirit, Scarlett Johansson who says "we have to do something about Spirit" and a flashback with younger Denny Colt and Sand Saref. The last part of the trailer shows a large gunfight between police, Spirit and Octopus, which frankly is a bit excessive. Finally, Spirit says "I'm on my way".

Then, we saw a few scenes of the movie. Some of them (the fight between Octopus and Spirit, Sand Saref underwater) were already shown at Comic-con, so you know what I'm talking about. Instead, I haven't seen reports (but maybe I'm wrong) about these sequences:

Then, Frank Miller answered our questions. This is what he said:

I cant' talk about my projects, because I don't believe a movie is real until I see the title on the screen. There are many things that can go wrong. But I can tell you that I'm very close to begin Sin City 2 with Robert Rodriguez. We have to arrange a few things and we'll be back in action.

I adapted the Spirit to these changing times and now it seems more similar to my work. When I was in the director's chair, I had the feeling that Will Eisner was behind me, even if he's dead.

From the start, I learnt that in Hollywood being a screenwriter means leaving too much on the table. Instead, I love telling stories my way. A few years ago, Robert Rodriguez told me that tecnology has advanced and that I could draw my films instead of shooting them and so I started working on Sin City with him.

It was the first time that Samuel Jackson played a supervillain. I have to tell you, he's like an atomic bomb, every day I had to say to calm down. At the end, with all his guns, he seemed a Robot Transformer.

My favorite directors? I love people like Kubrick, Fellini, Frank Capra, Fritz Lang. I could go on and on, but I would seem a self-important fool.

I think there are many differences between comics and movies, but in some ways there are the same, as Robert Rodriguez taught me. A good story is a good story, a bad story is a bad story, that's the reason I talked about Transformers before (laughs). Nowadays, I'm not planning to make new comics, because I'm too much in love with making movies.